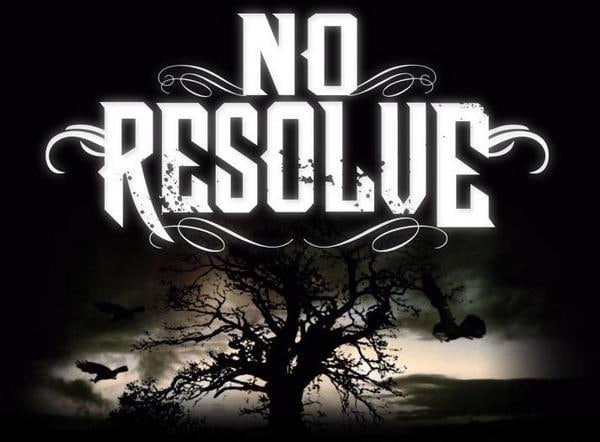 “This is awesome. I love watching the pure emotion. You can literally feel the love you guys have for what you do when watching this. I can’t wait to hear the album (“Unity”) and see you play!!”
– Facebook fan post

Since exploding on the music scene in 2009, No Resolve has attracted legions of devoted fans with their high-energy, deeply personal, thematic songs. Featuring lead singer Oscar Pegorraro, guitarists Jason Hatmaker and Matty Shea, bassist Dennis Patterson and drummer Derek Bjornson, the band has shared the stage with the likes of Papa Roach, Hinder & Pop Evil, Sick Puppies and Buckcherry.

No Resolve established themselves early in their career with their first EP, “A New Beginning.” The 2012 recording received critical national acclaim, and served as a stepping-stone to their popular single, “Get Me Out.” With its heavy and somewhat somber lyrics and hard-driving, soaring riffs, No Resolve demonstrated that they were a force to be reckoned with. In addition to receiving heavy rotation during Detroit Red Wings playoff games, “Get Me Out” has received 15 million-plus plays/hits on YouTube.

After almost non-stop touring, at the end of 2014 the band went into the studio with Shane Grush to create their first full-length album, “Unity.” The album, featuring “Love Me To Death” and “The Pusher” co-written with Johnny Andrews, was recorded in Michigan and Tennessee and took 18 months to produce. It was time well spent.

Crafted with their signature raucous sound and meticulously honed lyrics, the album debuted at #45 on the iTunes Rock chart and #10 on the Billboard Heatseeker chart. It was also highlighted on Amazon’s Hot New Releases. Bryson Roach, brother of Papa Roach’s Jacoby Shaddix, shot and directed the band’s first video single for one of the album’s most popular songs, “The Pusher.” And speaking of Jacoby Shaddix, his clothing line, Lovers Are Lunatics, is endorsing the band. As impressive as all the props they’ve gotten, No Resolve has done this all on their own with no corporate sponsorship.

The band continues to rack up success after success, having recently won the prestigious Linkin Park/Stagelight monthly music contest. And their fan base is growing as well, with millions of streams and thousands of listeners on Spotify,

No Resolve seems destined for greatness. In fact, based on how far they’ve come in these few short years, one thing is certain – No Resolve is a band that is going to take the music world by storm.