When GA first arrived on the radio scene, dinosaurs still roamed the Earth, and Vinyl was the source of choice; heck, it was the only source. Then, the asteroid came, and BOOM! It all got crazy, and the download was on! 36 years in radio, most of it right here in Spokane, where the best rock radio listeners anywhere on the planet, The Mosh Pit All Stars, turn that 3:30am alarm into a positive. Because of our incredible listeners, the rock radio future is so bright that GA has to wear a welder’s mask!

Preparing for a life in radio is not easy…Especially if you’re G.A. First, you have to be born in a desolate part of Alaska at the age of two, then move to an even more desolate part of Venezuela. And then, at six years, it helps if you move to an even more desolate part of Africa, followed by layovers in Panama and the Outback of Australia. And then to top it off with a yearlong tour of duty in the most desolate place in the lower 48: Eastern Montana. More specifically, Hysham, which G.A. believes to be a sister city to Siberia in Russia. If not, it should be.

Once you have accomplished that grasshopper…

It’s a rather simple formula.  Play a s*it ton of rock and give away a bunch of cool swag.  That’s what Rock 94 And A Half’s Twice As Much Rock Morning Show has been about.  Become a part of the show by calling in and you just may be crowned your very own name and become a Mosh Pit All Star, or catch the normal cast of characters each weekday morning.  When G.A. isn’t on the air, he enjoys Cheeto’s while watching Sports Center in his boxers yelling obscenities to the officials.  *Have fun getting that vision out of your head!* 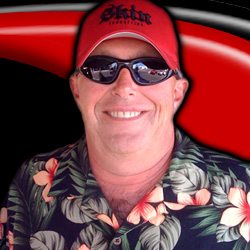